Eco-Tourism, Nanaimo: Experience the Wonder, Invest in its Future! 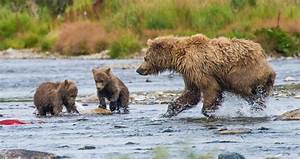 irst, I thought I had encountered a grizzly bear.  Sitting motionless at a picnic table on the northern section of the Fraser River, I scanned the shoreline for signs of the sound I had just heard.  And then again, a tremendous crashing noise!  Where was this sound coming from and what was making it?  With my heart pounding in my throat, I looked and listened.  Then, to my surprise, I saw it!  Giant Chinook salmon breaching and landing back in the water with such force, I had mistaken them for a bear or perhaps a beaver playing in the water.  It was the Fall of 1991 and the salmon were making their annual migration up the Fraser River.

Just ten years later, stopping at the same park at the same time, I looked and listened again for that sound and those magnificent fish.  This time however, the waters were quiet.  Sad to say, this was not the first time I had witnessed the demise of great salmon runs throughout the province of British Columbia.  I can remember crawling into the cannon of the Chehalis River before dawn to watch the river turn black with spawning Coho.  Less than a decade later, runs of this magnitude disappeared.  I also watched this happen with the Fraser River Sockeye.  In the mid to late 90’s, you could see large runs of fish porpoising up river.  However, in 2006, the year I moved to Vancouver Island, the Department of Fisheries and Oceans closed the river to all salmon fishing.

Today, I live on Vancouver Island, a place I was drawn to not just for fishing, but for the magnitude of life that lives in the waters of the Salish Sea.  To run a marine charter service out of Nanaimo either to fish or tour the beautiful shore lines and marine parks within the Salish Sea is truly a gift.  And it is a gift I hope future generations will be able to enjoy.  Yet, as resilient as nature is, the marine life along with our fisheries continues to face many challenges. Changing ocean conditions, loss of habitat, over harvesting, pollution as well as increased population and marine traffic are just some of the challenges facing the richness of life within the Salish Sea.  It’s why our motto at Reel Time Fishing Charters and Marine Tours is “Experience the Wonder and Invest in its Future.”   At Reel Time, we hope that by exposing and educating people to the wonder of marine life within the Salish Sea, we will be more motivated to preserve its future.  It is also why 5% of every one of our charters goes back into stream, river and estuary rehabilitation projects through the Pacific Salmon Foundation.  May we never lose the sound and sight of salmon running up our rivers and streams!  May we never lose the gift of enjoyment, rest and even healing the Salish Sea offers to those who are willing to experience its wonder!

Captain Turk is a certified Transport Canada fishing guide. He has over a decade of experience fishing the coastal waters of Vancouver Island and is truly at home on the water, in the boat and with his guests.

I will never forget the hours spent with you in the stunning seascape off the west coast of Vancouver Island. Your energy and love of your work—if it can be called work—was contagious. I will definitely be back.

I’ve been fishing the Fraser River for 36 years and have yet to catch fish like I did with Turk on Reel Time Fishing Charters.

Turk always puts a lot of effort to make sure you bring home some great fish but as well the memories of an amazing fishing experience … the perfect guide. I can’t wait to go again!